The best tweet of the week/month must have been Sam Sherrington sharing a visual display of the results of a survey on the use of Twitter with 116 marine scientists: 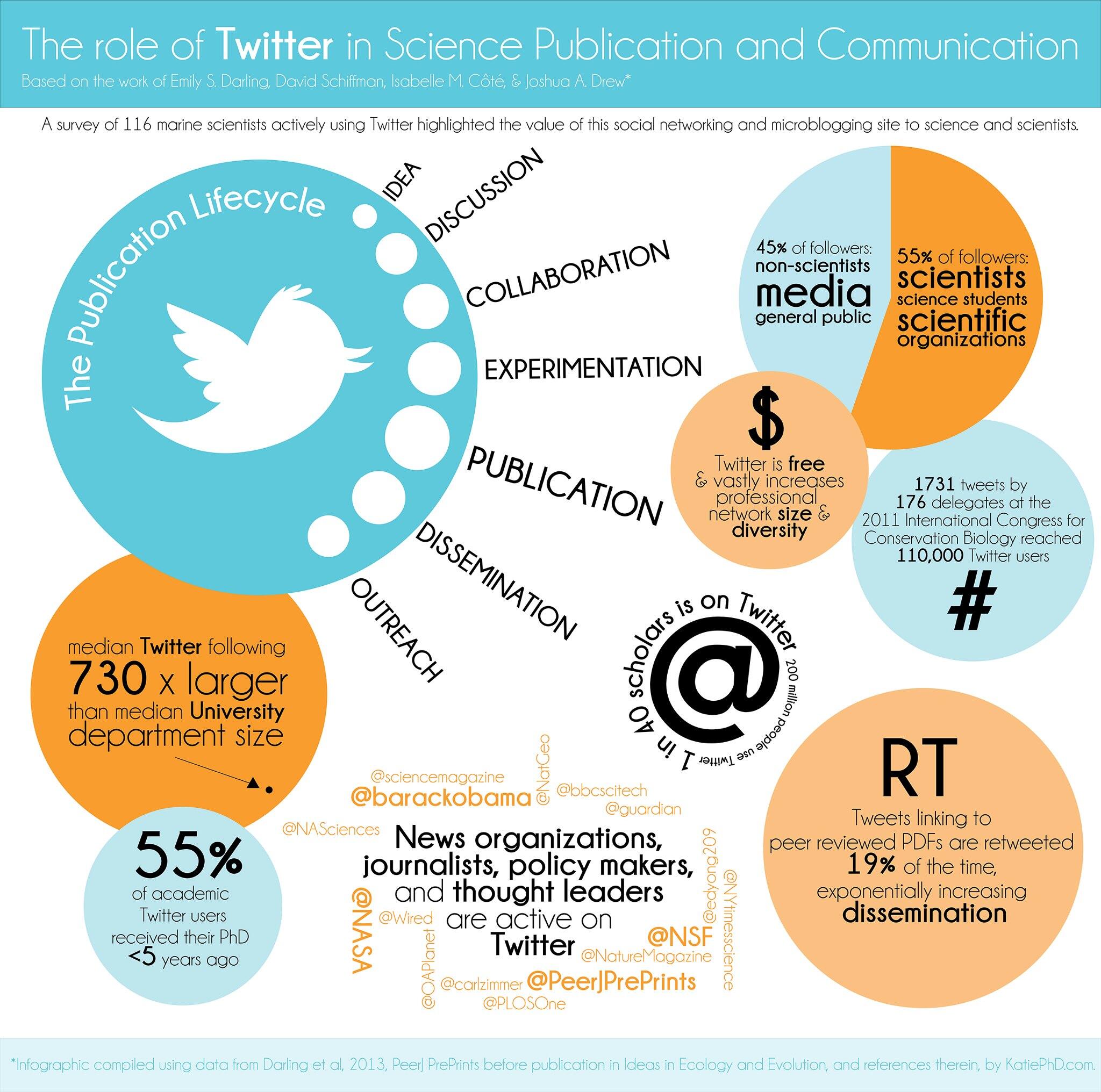 Long ago, I wrote about the negativity surrounding social media in academia and a few years later I tried to convince fellow scientists of the benefits of Twitter.

What I shared in the past was mostly based on my personal experience. However, seeing here the data of how research gets disseminated effectively via Twitter is very powerful. Moreover, if you look at the pie chart on the right, you see that typically 45% of the followers of tweeting marine scientists are interested lay people. There is your opportunity to interact with a broader public!

Q&A: How to start working as a language editor

Some time ago, I received a question from a reader…

I recently ran a poll on Twitter to learn which…

How many conferences do academics attend per year?

I recently ran a poll about the number of conferences…