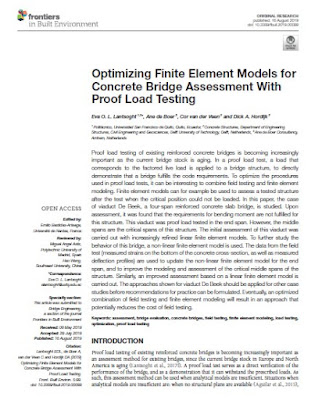 My colleagues and I recently published a paper “Optimizing Finite Element Models for Concrete Bridge Assessment With Proof Load Testing” in Frontiers in the Built Environment – Bridge Engineering for the Research Topic Diagnostic and Proof Load Testing on Bridges.

The paper is Open Access and can be accessed here.

It's interesting to see which posts draw a lot of…

I am Catherine Pope and This is How I Work

Today, I am interviewing Catherine Pope for the "How I…